Deep in the forest at rottenmost trees,
lives a brave forgotten ghost of these.
Stay away of his roots, little man in fear,
when the giant's boots get louder and near.

The days are gone, in silent mode,
living like tron, fighting violent code.
I've programmed a game, for you to play,
without getting lame, 24 hours a day.

I'm a one-man-army, but i got the work done,
i didn't get money, just want players have fun.
I don't know who you are, i should not bother,
if you don't like it so far, so maybe some other.

I made it with love, for the art and the story,
hope it makes you happy, but if not i'm sorry.
The result of creation, of course in some sort,
increases pulsation, but remember it's short.

Some rumors whispered, what my game is about,
it's an ancient myth, it's deadly, watch out.

The storyline deals with an old german tale,
from days where wheels weren't present on trail.

A legendary giant, a ghost see wrath and rage,
the forest his client, with mostly path and swage.
When red eyes glow, no sounds, no man would clat,
i'm sure you know, to pronounce the Woodshraad.

If one of his brothers got hurt or got killed,
he quickly uncovers the murder in guild.
As he follow some traces, watching details so small,
while destructing all places not made for his tall.

He may be forgotten, but beyond the dark oaks,
a little bit rotten and truly not up to jokes.
The lurking giant covered in leaves and dirt,
takes care of his fellows you better not hurt.

...to avoid any custom mainboard fires...
... look what system the game requires....

It's more a puzzle with dangers around,
even not that hard as the trailer may sound.
It will play with itself, as soon as you're done,
take a save place and enjoy the loud fun.
.... yes, you can die in there ....

Just unzip and run the Vincent.executeable file. No installation needed.

I remember watching this game a very long time ago on Markapliers channel, but never  forgot it since! I did however find it by playing your newest release and had to experience it for myself, as I hardly remember any of the actual action in the game. I am so glad I found it again and got the opportunity to experience it myself and film my reaction!

Anyway, less simping, more criticism! I really liked the graphics, although a little rugged in a few places, in combination with the darkness, massive figures and epic audio use, the atmosphere becomes absolutely chilling and terrifying!

The story is also amazing, although a little short. I really liked the book in the cellar. But I would have liked it to hint just a little more towards the player actually having to put the ducks into the fountains, or most importantly, how many ducks you need to find.

Basically, what I am trying to say is, this game was a masterpiece! Awesome work, keep it up! :D

Thank you very much for playing and for the neat feedback. And i'm absolutely with you about the fact, that the duck-puzzle may be a bit hard. I'm glad you've seen the book in the cellar (i've seen many players that just walked by) I thought that the candle would be enough catch the attention. I'm already exited about the video. Thanks for sharing and best regards,
Ravee

I'm actually very interested in the Woodshraad's story, but I can find nothing on the Woodshraad online. Do you know where I could go to learn more about it? Or is it of your own creation?

Hey 😎, of course there's not much to find, i currently googled for the english definition... The original german word is "WALDSCHRAT"... which i translated into Woodshraad -> because Wald = Woods/Forest,  Shraad = Shadow (old english/angl.) . A "SCHRAT" is a Goblin / Ghost / NatureSpirit, and it took place in some old german sagas and fairytales. According to Wikipedia the english name is "Bugbear" ..  🤔 .. but that doesn't really fit to the original meaning (in my view).  https://en.wikipedia.org/wiki/Bugbear .
The games story about the "woodshraad" is a creation of my own, so there wasn't any story about a lil boy that got rescued by a huge lovely monster tree 😆.
best  regards,
Ravee

hi, big thx for the cool creepy game. i love it but, wo ist die taschenlampe ;) greetings from rosti

Thank you for playing. Great Video. I hope you already found the flashlight in the childrenroom 😄👍👍👍
Greetings and have a nice day 😎

Quite a nice game, so clever and fun

Your alien's design gives an urge to run.

The ending was sweet, and I wanted to cry

If you finish the game, you'll probably see why.

I've given the rhyme, as your words were strong

To deny your request would make me feel wrong.

I appreciate how brave you are,
a really great behave so far.

Seems not common to gaze the dev lines,
to recognize this whole place has rhymes.

But you did and wrote without hesitation,
comments like yours keeps up my motivation.

I'm always glad if players let me know,
that they really hat enjoyed my show.

Thank you for playing and commenting this way,
i wish you the best and a very nice day. 😎

SUCH AN AMAZING GAME!!

SUCH AN AMAZING VIDEO 😁👍👍👍🏆, i remembered your channel... directly watched and enjoyed your gameplay. Thank you very much for playing.  have a nice day 👌

Thank you so much for watching!! You're the best!! Keep up the amazing work.

I'm on linux (manjaro/arch) on kde plasma and when the game starts after the intro i see only a white screen and at the beginning i can see the shortcuts/keys. Can you help me ? i have an amd graphics card

Lemme try to help you. I also use Manjaro here on my linux pc. So when do you see a white screen? After the UnityLogo or after the "ingame-intro" ->  you clicked "start game" in main menu screen?  was the game already running and you've meant the wooden sign with the keys shown WASD, SHIFT, etc... ? Or does it happen after you clicked start in the first ConfigWindow? Are you using FullscreenMode?  Manjaro 18.0/2, stable?  I think this isn't a graphics card issue, but which amd gcard is it exactly?  If you've already made it into the game, after Vincents father told him all the stuff.... i've to try forcing that crash on different manjaro systems. Till now i can just guess, what the problem is 🤔

Enjoyed your game. Keep up the good work, my son loved it! Recorded a part of the game for the vid. Greetings from Belgium

Thank you very much for playing and recording your gameplay. Sooo nice 👍😄 I'm sure your son is the youngest player that ever played one of my games... i hope the rest of the game was not too spooky?!.. 🙄🙄because if he now starts to fear trees, i'll feel bad. 😆 Have a nice week and much Greetings from Germany. 😊

I really enjoyed this, a game I could not miss. Some parts were really scary, my pants I did piss.

Not sure if I am lame but I'm sure I broke the game! Because of this I could not finish, what a shame.

I still had an awesome time, more so then coming up with this horrible rhyme. Best of luck to you, may your efforts be sublime.

NOOOOOOO! 😆
What the hell is going on, a bug attacked.. the house was gone.  - Seems i have to fix the code, to make the house correctly load. - I guess it's the performance-trigger, i'll start my work so whatzzup nnnn. .. .. never mind.  😆
Thx for playing and thank you so much for sharing your video 👌👌. Its's very helpful and I'm gonna start my "desaster-management" now, so i can provide an update tonight.
Greetings and have a nice day/night/morning, 😎
Ravee

Thank you very much for playing and your video 👍👍👍. I really really enjoyed to watch it, despite to the fact that the youtube automatic translation showed me a lot off language mess 😆😆. But that doesn't matter, i was glad  to see that you had fun. Greetings to Japan and have a nice day...
良い一日を    ... 🤔 i hope these words are correct 😁

thank you too for sharing! haha i must see that myself xD and yeah it correct japanese, and same wise for you ! :D

ok i watched my own video with eng subtitle.. dam gave me best laugh this year xD translation must be a real youtuber ;D thanks for mentioning it lol, now i can enjoy my own video in other way! xD

😆😆😆 also the scene, my translation said.. "get the champagner and the war starts" ... most things doesn't make sense.. but funny af

hahaha, must check more of those translations xD i felt oh my god when i mensioned about the ''tennis'' trophy and the translator went abit..nasty at 6:00 xD

Full Gameplay of your game. Fantastic Game Dev. Enjoyed your game and Overall everything is well made the Graphics, the Environment and story especially the Ending....Really Deserve 5/5 Love to see More projects like this :)

THANK YOU sooo much for that video and for your comment. 👍👍👍 It's the first and important video, where i can see, that the concept and the game worked correctly. I was really nervous and afraid before, because i thought my little puzzle concept maybe had failed.  But your video is proof that my worries weren't necessary. I'm really relieved 😃.
Thank you and enjoy your day 😎
Ravee

I read you allow only rhyme
you crazy man okay its fine.
i opened itch-I.O. after long time
was your game BRO. i saw shine.
I'm the first one in here
i love that spooky atmosphere.
Its raining in there not dry,
i saw that when i gave it a try.
To find the clue it took an hour,
cus im so high, higher like a tower^^
I've reached the end and time went by,
after playing i started to cry.
Duuuuuuude!
The end is fcking cuuuute!
XD XD
greetings from the netherlands

Oh no, i didn't expect someone takes that serious at all,
must be a dutchman, a guy very tall ... 😁
Thank you very much for playing, it's the truth what i am saying.
I remember your name, from my other game.
I am glad to know you're still alive and on,
i thought you were overdosed and gone. 😂

Thank you for your confidence in my creations and for that great reply.
Have a nice day. 😊 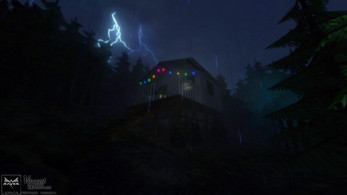 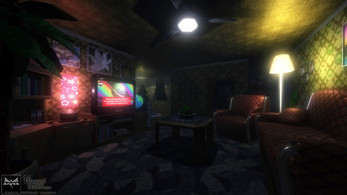 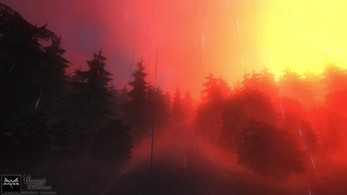 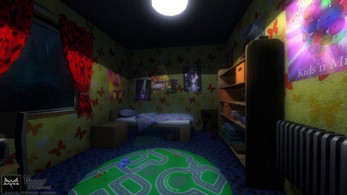 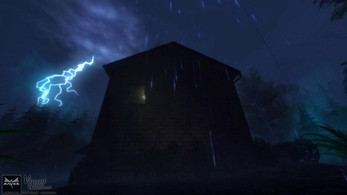 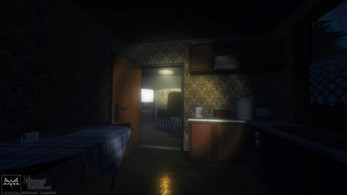 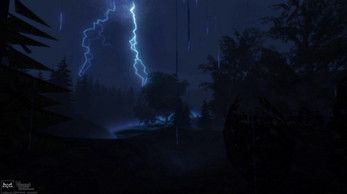